It was a packed beach on Mustang Island for the sea turtle release this morning! 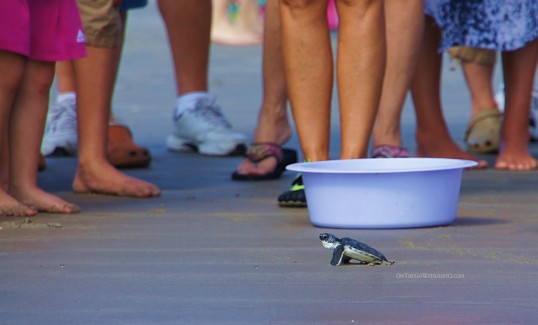 One turtle (pictured) apparently had a chunk bit out of him from a shark, but luckily he got away.

Members from the local Coast Guard were also on-hand to assist in the release.

It was a wonderful opportunity to bring awareness to the wonderful work the ARK does to rehabilitate injured and vulnerable marine life, and then return it to its home in the wild as soon as the animal is healed/recovered.

Many thanks to the staff and volunteers who coordinated this event, and to those who cared for the sea turtles until they could be returned home.